Why Kids Motorcycles Could Save the Motorcycle Industry 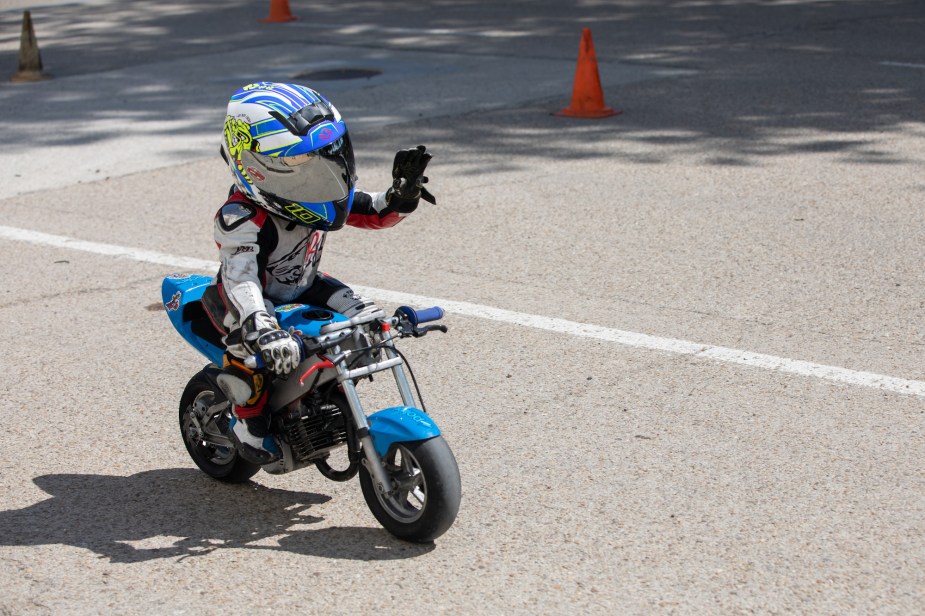 Some motorcycle enthusiasts will never be pried away from their beloved bikes. Motorcycles, for some, are a way of life. Others enjoy their motorcycles as hobbyists who occasionally need an open-road adventure. However, there has been a downtick in motorcycle riding interest in recent years. The motorcycle industry continues looking for new ways to attract more motorists, and kids could be key to saving the market and turning things around.

A drop in motorcycle riding interest

Some might argue that the skyrocketing gas prices would create a surge in motorcycle interest. But the overarching trend in the industry suggests people are losing interest in a view from behind the handlebars. It could represent more of a safety concern or weather and practicality issue, as Motorcycle Monarch describes. Additionally, motorcycle riding can be expensive when considering the bike’s cost and all the necessary gear.

The younger generation, those who make up the target audience for motorcycles, just don’t have the disposable cash for such a recreational ride. They’re trending more toward minimalistic lifestyles than luxury or lavish ones. Hotcars points out that you can spend upwards of $2,000 just on gear, like helmets, boots, gloves, tank bags, and storage compartments.

The other caveat is the “greying of the core base.” Those who have primarily made up most of the motorcycle buying market are aging out of capable riding. They’re riding less and are likely riding the last bike they intend to buy. With such a huge portion of enthusiasts falling off the radar, the motorcycle industry can begin to explore a new market: kids.

Marketing to kids may be the most brilliant industry move

Media Smarts suggests companies should target the younger generations, even kids, to attract new customer bases into motorcycle riding and buying segments. It’s about planting a seed of “brand recognition in very young children.” The result is that those early seeds will “grow into lifetime relationships” with the brand.

Kids could be the key to saving the market for the motorcycle industry. Life on two wheels is growing more prevalent among children who are dabbling in motocross and dirt bike adventures. Motosport says the kids’ market there is already exploding nationwide. And the big-name motorcycle brands can be tapping into that interest for future adult market riding.

There are motorcycles more ideal for kids than others. And you can find a variety of Honda, Suzuki, and Yamaha motorcycles for your young riders to learn the basics. However, two more prominent names in the market are Harley Davidson and Indian.

Indian motorcycles make for great first motorcycles, especially the Indian Scout Bobber, with its low ground clearance and smooth acceleration. The Indian MM5A, also called the “Mini Mini,” has earned the title of the smallest Indian two-wheeler ever made.

Harley-Davidson is leading the pack by introducing an entirely new line of motorcycles for kids. Even toddlers as young as three can get the hang of riding. The Irone 12, for example, is a new electric balance motorcycle made just for kids between the ages of three and five. It’s a lightweight model perfect for little ones under 75 pounds.

The motorcycle industry should be planting the seed with the younger markets with kid-friendly model introductions and variations. With so many motorcycle enthusiasts aging out of the riding population and the increased costs of ownership, motorcycle manufacturers need a new playbook for attracting new ridings in the coming years.

RELATED: How Old Do Kids Need to Be to Ride a Dirt Bike?