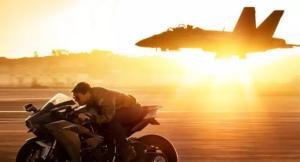 Triumph has announced it has acquired the electric motorcycle brand Oset, who specialise in bikes for kids.

Oset began in 2004, when it was founded by Ian Smith, whose son Oliver wanted to ride dirt bikes. Ian decided to build one himself, and the result of that was Oset, who have now sold over 40,000 bikes worldwide.

The bikes from Oset feature their own in-house engineered electric powertrains, and electric has become the way to go for kids’ dirt bikes. Kawasaki recently launched their own electric balance bike, and KTM has had a partnership with StaCyc who produce the Austrian brand’s balance bikes, which are also used in the KTM junior motocross and supercross series in Europe and the US, respectively. Additionally, Honda released its own electric mini motocross bike earlier this year.

The announcement comes ahead of the anticipated launch of Triumph’s own off-road bikes, and a factory motocross racing programme.

“The acquisition of OSET sits within Triumph’s strategy of entering the off-road segment,” Triumph says in a press release.

Triumph says the acquisition “provides both companies with the opportunity to share and benefit from each other’s knowledge and experience in their respective segments, enabling both brands to grow internationally in parallel.”

“We are excited about the opportunity of joining forces with OSET Bikes: a dynamic brand that has been encouraging children into motorcycling for many years and have been at the forefront of developing electric trials bikes for fun and competition,” said Nick Bloor, Triumph CEO.

“Whilst the two brands will continue working independently, Triumph and OSET will collaborate on new state-of-the-art products to inspire young riders into off-road riding, across the segments that Triumph and Oset will have a presence in, drawing on their respective strengths to build the best bikes in the world.”

Ian Smith, CEO of Oset, added: “When we built that first ‘garage’ bike for my son, Oliver, I had no idea that it would lead to this moment.  We are all very excited for what the future holds for Oset as part of the Triumph family.

“The Oset brand will remain as Oset and will continue to serve the trials and off-road motorcycling community.  We are now better positioned to develop and innovate across our range, while enjoying the security of scale and market position Triumph can offer Oset.”

The play here from Triumph is clear. They get to receive and use the knowledge Oset has built up over the last 18 years of building dirt bikes, and they also get to generate the interest in dirt bikes in young kids, who will then go on to buy Triumph dirt bikes when they grow up. Or, at least, that is the idea.

Additionally, Triumph gets Oset’s experience of building specifically electric dirt bikes. The Stark Varg has of course caused some craze since it was announced, but as yet no major manufacturer has released a full-sized production electric dirt bike. It would certainly be an achievement for Triumph if it were to be the first major factory to do so.