Subaru’s EyeSight to incorporate AI; goal is safety, not 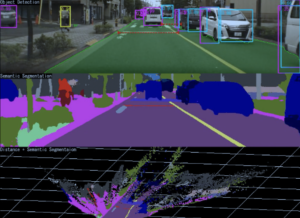 Subaru is reportedly developing a new generation of its EyeSight driver assistance system that will use artificial intelligence (AI) to improve computer recognition in poor visibility.

The system will be introduced on 2025 model year Subarus, Eiji Shibata, director of Subaru Lab and a senior program manager at the engineering unit, told Automotive News.

The Subaru Lab, located in Tokyo, is an AI development center where engineers are using machine learning to deliver better safety features at a faster pace, Shibata told the publication. It was founded in 2020.

He said the OEM’s approach to advanced driver assistance system (ADAS) technology prioritizes safety. “Subaru’s approach is how to reduce traffic accident fatalities to zero as soon as possible rather than focusing on autonomous driving,” Shibata said.

Toru Saito, deputy director of Subaru Lab, told Automotive News that EyeSight’s dual cameras are superior to lidar at creating three-dimensional imagery because the two cameras can triangulate on an object.

Lidar proponents, on the other hand, have claimed that dual-camera setups become less precise at greater distances, unlike lidar, which uses transmitted and reflected light to precisely measure the distance to objects in its path.

Subaru last month announced that the cumulative global sales of Subaru vehicles equipped with EyeSight surpassed 5 million vehicles in June, reaching that milestone 14 years and one month after the technology was introduced in Japan in May 2008. The OEM said that EyeSight-equipped vehicles currently account for 91% of its sales around the world.

The technology debuted in the U.S. in 2012 as an option on the 2013 Subaru Legacy and Outback.

A study conducted by the Insurance Institute for Highway Safety (IIHS) has found that EyeSight reduces rear-end crashes with injuries by up to 85% in the U.S., while a study by Subaru based on data from Japan’s Institute for Traffic Accident Research and Data Analysis (ITARDA) has shown the accident rate of vehicles equipped with the technology is as low as 0.06% in Japan.

EyeSight’s camera-only technology provides driver assist features such as adaptive cruise control and pre-collision braking that detects not only cars, but also pedestrians, cyclists, and motorcyclists in the vehicle’s path.

The latest version of EyeSight incorporates a redesigned stereo camera that features a much wider viewing angle, the OEM said. Combined with improved image recognition and processing software, it offers “enhanced driver assist functions in a wider range of situations.”

In the U.S., EyeSight has an upgraded setup with a third, wide-angle, forward-facing camera that brings a broader view and better range to detect bicyclists and pedestrians.

In Japan only, Subaru offers the EyeSight X system, which combines cameras with four radar receivers located in the front and rear bumpers, a high-definition digital map, and other technologies to allow hands-off driving in certain circumstances.