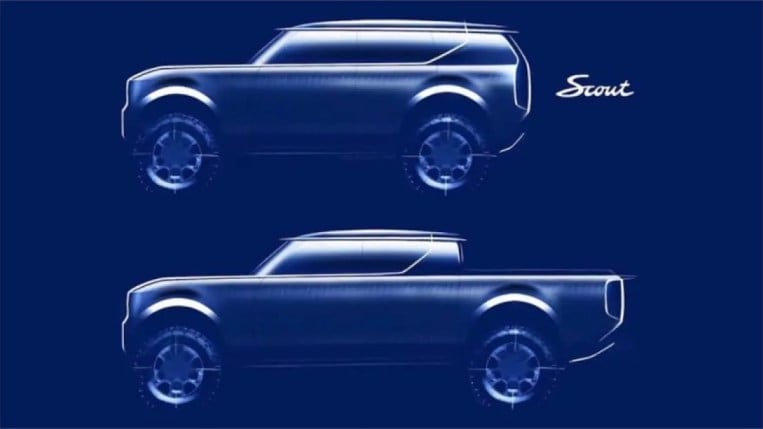 After nearly 40 years off the market, Scout has an employee. One. But he’s focused on bringing the iconic SUV brand back with a new twist – electric power.

Volkswagen has named Scott Keogh, formerly the head of VW in the U.S., to lead its efforts to resurrect the classic American off-road brand. Keogh says the company is focused on two products and a quick turnaround – it hopes to bring an all-electric SUV and a similar pickup truck to the U.S. It will show prototypes by the end of 2023.

A Classic Name Comes Back

Scouts were part of the original wave of SUV interest in America. From 1961 to 1980, a company founded to build tractors built body-on-frame SUVs and pickups known for their tough 4-wheel-drive systems and reasonable prices.

International Harvester sold the Scout from 1961 to 1970 and the just-barely-more-refined Scout II from 1971 to 1980. They were boxy. They were torquey. You could get them with a removable roof and doors. Along with the original Ford Bronco and the original civilian Jeeps (before Jeep even called them Wranglers), they pioneered the market for today’s sport utility vehicles.

But the company abandoned the car business in 1980 to focus on commercial trucks and school buses. It has been sold and resold several times, most recently landing with the global giant Volkswagen Group in 2016.

VW, at the time, didn’t buy the company to resurrect the Scout name. They bought it for some assets having to do with diesel truck engines. But they found the Scout badge discarded in the bottom of the bag and, not long ago, realized it could be useful.

Keogh may be the reason VW took the risk. He told an Axios interviewer recently that he came across a restored Scout while on vacation with his kids “and fell in love.”

It’s a likely story. There’s a cottage industry in Scout restomods (part restoration, part modification, restomods are classic cars restored to a glory they never had with some original parts and some modern bits). They’re not cheap, routinely fetching six figures.

But that proves that there is still a market for the classic, rugged Scout style.

So does the existence of the reborn Ford Bronco. Ford’s resurrection of the classic off-roader has been a sales smash and a critical hit. Americans were so excited about the Bronco’s return that Ford sold out of its first two model years through pre-orders alone.

Updated With Lightning Instead of Fire

But VW doesn’t plan a gasoline-powered answer to the Bronco. The new Scouts will be electric. Keogh tells trade publication Automotive News that the brand plans two electric vehicles (EVs) — a pickup, and a “rugged” SUV. They’ll be built in the U.S., he says.

Automotive News reports that both Scouts will ride on “a new platform.” That likely means they won’t share the architecture behind VW’s current EVs such as the ID.4 SUV.

Other startups have had some success with electric off-roaders. Rivian’s R1T pickup, for instance, has won reviewer praise. It’s available with up to four electric motors – one per wheel. The ability to spin each tire independently creates a stunningly nimble rock crawler.

And Scout has something Rivian doesn’t, Keogh says – a deep-pocketed sponsor.

“Most startups are borrowing money,” he explains. “We want them to be lean, we want to be fast, we want to get the best of the market. But of course, we do have the backing and the scaling effects that come with the [VW] Group.”

If the return of Scout has you excited like it does us, you’ll have to be patient. The Wall Street Journal reports that VW hopes to sell 250,000 Scouts yearly, which would be a huge commitment. VW sells about 350,000 cars in the U.S. annually under its own brand.

But even VW dealers aren’t yet sure if they’ll get Scouts to sell or if the company will, Tesla-style, sell cars online and operate its own distribution centers.

Probably the most vital question about the new company is price. Scouts were once affordable vehicles. But nostalgia can be pricey. VW is preparing to launch an electric rebirth of its classic microbus, the ID.Buzz, that similarly combines EV technology with classic emotive styling. Its U.S. price isn’t known yet. But in the U.K., it carries a sticker of about $70,000.