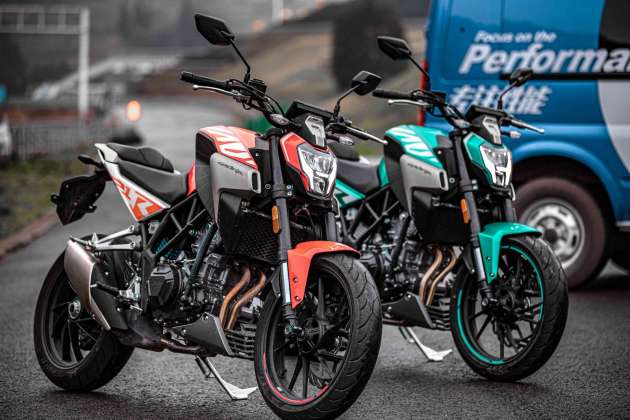 If you’ve not heard the name Kove Motorcycles, based in Lhasa, Tibet, don’t worry, you might just see the brand name in Malaysia some time in the future. From a Cycle World report, the “Kove Hyper” brand name has been trademarked in Malaysia, along with the Philippines, US, Canada, Australia, New Zealand, Israel and Mongolia.

Kove, better known in its home market of China under the name Colove, or Tibet Summit Colove Motorcycle Sales, has previously produced motorcycle designs that… strongly resemble… offerings from other manufacturers, notably from Japan and also a 500 cc BMW Motorrad GS look-a-like. What is new from Kove is news of a four-cylinder 400 cc inline-four with a claimed 16,000 rpm redline and peak power of 72.4 hp at 13,500 rpm.

Alongside the 400 cc four-cylinder screamer, Kove has also shown designs for an 800 cc parallel-twin, similar to the KTM Duke 790/890. Since the actual 790/890 two-cylinder mill is already manufactured in China for KTM by CFMoto (and used in the CFMoto 800MT adventure-tourer), it remains to be seen if the design is used under licence, similar in design or an outright clone. 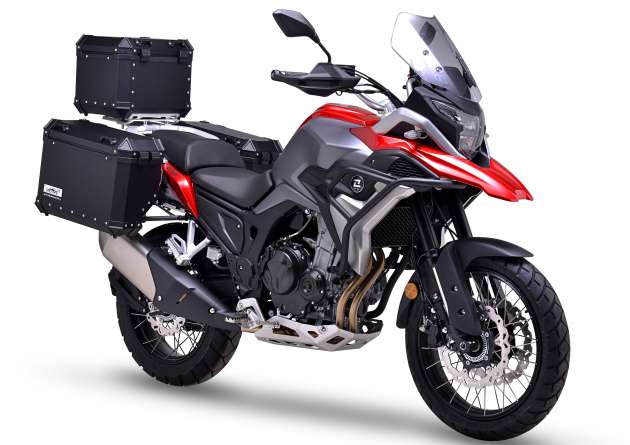 Colove is a company under the Tibet New Everest Industrial Group, founded in 1995 and entering into a partnership with scooter maker Kymco in 1998 to import the CB and GY6 engine production system and manufacturing technology. The company has production facilities in Chongqing, Taizhou Zhejiang, Jiangmen Guangdong, Chengdu, Yanshi Henan, Xinhua Henan, Renqiu Hebei, Linyi Shandong and Wuwei Gangsu, producing medium and large displacement motorcycles, commuting motorcycles as well as three-wheelers and electric vehicles.

In recent years several brands from China have entered the Malaysian market, notably under the banner of MForce Holdings who currently market the Benelli, CFMoto and WMoto brands locally, among others. What do you think? A four-cylinder 400 making 72 hp sound exciting, especially if you value things like engine reliability and longevity?