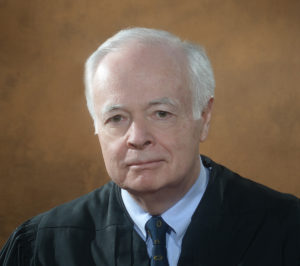 The federal judge in the Massachusetts “right-to-repair” case has given the parties until Oct. 7 to file their answers on two outstanding issues: their points of agreement and disagreement on the legislation approved by voters in 2020, and any steps that they have taken to implement the law’s requirements.

Judge Douglas Woodlock issued his scheduling order late Wednesday, after the plaintiff, the Alliance for Automotive Innovation (AAI), and the defendant, Massachusetts Attorney General Maura Healey, reported that they had been unable to agree on a joint proposal regarding those issues.

Woodlock acknowledged that Healey had submitted her office’s interpretation of “certain of the provisions” of the new law on Sept. 6, and accepted the parties’ agreement that AAI will submit its own interpretation by Sept. 22.

“The parties will thereupon conference together in good faith to provide a single document on or before October 7, 2022, setting forth all areas of agreement regarding the construction of the Data Access Law provisions and separately stating as indicated any areas of disagreement,” Woodlock said in an order issued late Wednesday.

“The single document reporting the parties’ construction of Data Access Law provisions shall be accompanied by full briefing by the parties separately submitted regarding the grounds textual and legal for their respective positions,” he said.

The Oct. 7 date had been proposed by the AG’s office. AAI had sought one additional week, to Oct. 14.

Woodlock also gave the parties until Oct. 7 to state what efforts they have taken to implement their respective obligations under the Data Access Law since its putative effective date, and scheduled a scheduling conference for Sept. 21 “to discuss further steps for evidentiary development regarding the parties’ respective efforts.”

During a Sept. 1 closed-door hearing with the parties, the judge explained that “the further submissions are deemed necessary by the Court to provide a full development of the record especially with respect to the Court’s exercise of its equitable powers, whether in connection with a period of stay pending appeal or otherwise, in addressing Plaintiff’s claims,” according to the court reporter’s notes.

AAI filed the suit, AAI v. Maura Healey, in November 2020, after Massachusetts voters approved the Massachusetts Data Access Law. Under Section 2 of the law, any OEM that sells a vehicle in the state that utilizes a telematics system “shall be required to equip such vehicles with an inter-operable, standardized and open access platform across all of the manufacturer’s makes and models.” The legislation became effective with the 2022 model year.

AAI claims that, among other things, the deadline was impossible to meet, and that OEMs could not comply with the law without violating federal safety and environmental laws.

Healey’s office has argued that the automakers could comply with the legislation by disabling telematics systems in their vehicles sold in Massachusetts, beginning with the 2022 model year, as Subaru and Kia have done. She has agreed not to enforce the law while the legal challenge is pending.

In separate filings, both parties objected to the other’s approach to the question of what steps they had taken to carry out the law’s requirements.

In turn, AAI criticized the AG’s office for seeking information about what the representative OEMs, General Motors and FCA, had done to comply with the law. “Without seeking or obtaining leave to reopen discovery, the Attorney General sent Plaintiff proposed interrogatories that are unworkable and objectionable,” the alliance said. “The bottom line is that the Court asked both sides to explain their position on compliance and the Attorney General should not be allowed to put words in the car companies’ mouths.”

Featured image: A wooden gavel in front of the Massachusetts state flag. (Baris-Ozer/iStockphoto)