How To Negotiate The Price Of A Used Car 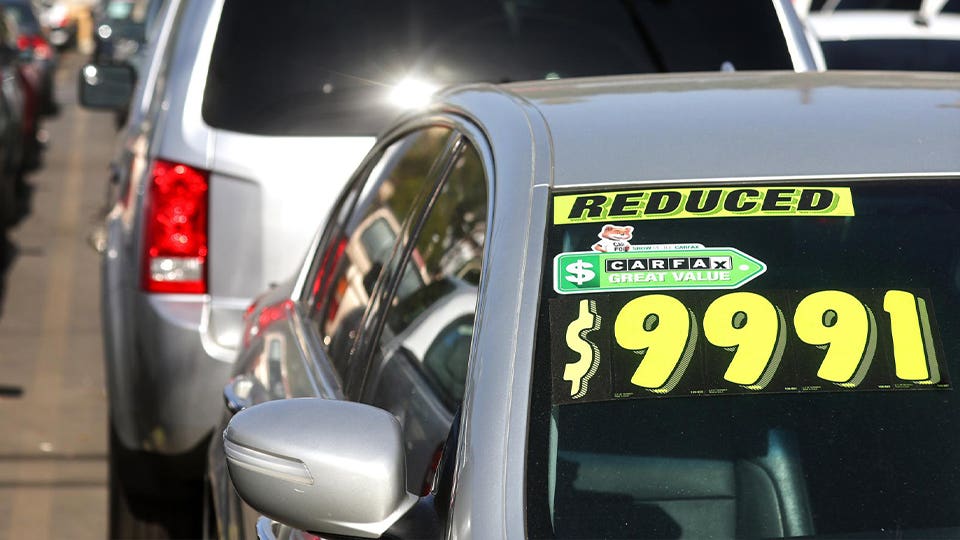 Whether you’re negotiating with a dealership or a private party, buying a used car is a process full of potential pitfalls. But this process hasn’t changed much in the last 75 years, and there are a number of time-proven steps and techniques you can follow to ensure a happy outcome.

First, it’s important to know exactly what it is you’re buying and its fair market value when sold by a person or a dealer. Second, you’ll want to get yourself in the right frame of mind to negotiate—which means dispassionate logic, sticking to the facts at hand, and most of all not being afraid of saying no or demanding what you want out of the deal.

Obviously, a pristine, low-mileage 2012 Toyota Camry is worth far more than a high-mileage, abused example owned by a heavy smoker with a lead foot. You need to know what you’re buying, and the process is quite different when you can see and inspect the car. First, look up the range of values on the specific model you’re interested in. A quick online search of resources like Kelley Blue Book or NADAGuides can help you get a realistic picture of its value. After that, it’s time to go see the car itself.

If buying from a dealer, try to tune out the salesperson’s happy talk or stories about how the car belonged to a friend and concentrate on what is before you.

Assuming a visual inspection and drive test is possible, start by looking the car over closely. Don’t be lulled into security by the quick detailing job most dealers perform to make used inventory sparkle. Check for rust, variations in the paint and panel gaps (both of which may indicate past accident damage).

Many people skip this step, but it’s vital: Get under the car as far as possible (bringing a drop cloth for this purpose is a good idea) and look for rust (particularly in vital frame elements) and oil leaks. If you can, hire a mobile mechanic service to do an on-site inspection. These services are widely available in major metropolitan areas and be booked via smartphone apps.

Inside the car, look for splits in the upholstery, worn pedals and carpet (which may indicate higher mileage than the odometer claims), dash cracks and working instruments. Make sure the locks, horn and lights all work properly.

With the car started, check the exhaust for excessive smoke. Look at the dipstick for any water in the oil, and the water for signs of oiliness (meaning a bad head gasket). During the drive, find a long straightaway and briefly take your hands off the wheel to ensure the car tracks straight. Brake firmly and see how the vehicle responds. Look for vibration in the steering wheel or body, especially on the highway. Ask if a CarFax or similar has been done, or get one yourself with the VIN number.

Let’s assume the car passes all these tests, and you want to buy it. As you begin, don’t throw out the highest price you’re willing to pay. First, ask the vendor, whether dealer or private party, how negotiable he or she is. If they say, “Take it or leave it,” then you have to decide if the car is worth the asking price.

Let’s say you’re hoping to get the used car in question for $10,000. Always let the owner state the initial price rather than putting out one first. Starting at an $8,000 opening bid for a car offered at $12,000 is not unreasonable.

Here, it pays to think like Spock from Star Trek—all logic, no emotion. Don’t worry about pleasing the other party or politeness. Many would-be buyers are afraid to bargain, for fear of embarrassment or out of social expectations. Haggling is not really an American tradition—as it is in most of the rest of the world—but if you accept the owner’s first stated price you’re undoubtedly leaving a fair amount of money on the table.

If you really aren’t going to get the price you want and the bill is just too high, don’t be afraid to say no and walk away. At dealerships, in particular, walking away might get you a lower number as you’re heading out the door. But if it isn’t worth stretching your budget and you’re not looking for some obscure classic car, another similar vehicle will probably be along before too long.

Here’s how not to do it. I was helping a friend buy a cream-puff Jaguar with an $8,000 asking price. I thought that was high, but the car was entirely worthwhile. I was about to bid $6,000—likely to have been accepted—when my friend piped up, “It’s a very nice car, and I’m happy to pay the full amount.” And that’s what he paid.

Step 3: After the Sale

A few other factors may play into the sale price. Does the dealership provide even a short-term warranty on used cars? Always ask if the owner/dealer has any spare parts for the car that didn’t get put on—and might be in the back room. There’s also the time and cost of registration and the logistical hassles of picking up the car once you buy it. If you’re buying from a car dealer, chances are they will register it for you and you can drive away once you add insurance.

If that’s not the case, you’re probably going to have to make two trips. Get the VIN number off the car so you can register it yourself and obtain insurance coverage. A trip to the DMV is possible likely here, especially if you’re in a hurry. It’s not always possible to get a title on older cars—some states don’t issue them. You may get just a bill of sale. Armed with plates, insurance card and registration, you can now pick up the car.

Drive home carefully—you’re just getting the feel of your new car!